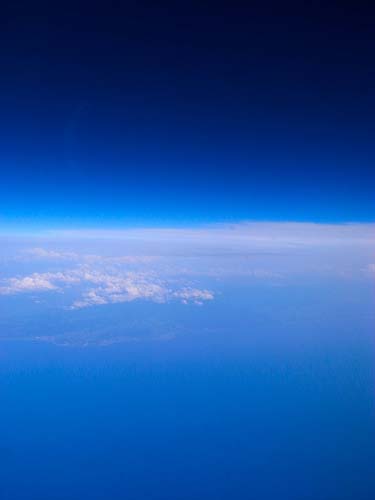 Many of my favorite images are captured in the later hours of the day. The main reason for this is the unique lighting conditions. Another reason however, is that I find you can truly concentrate on getting the perfect image. There aren't all of the distractions and activities of the day; it's just my camera and I, plus usually a friend to keep me company. I spend at least half an hour on the shots I do at night, often longer. I shoot and reshoot, trying different things and watching the lighting change. 99% of the time I scout the location during the day, and then either wait for night fall or return at night. As with all of my photography, I simply get better results with some pre-visualization and planning. If you've never tried that before, I highly recommend it. While I'm giving tips, I will also mention that a heavy, sturdy tripod is essential to all of these shots as they are long exposures. Many photographers have looked very envious as they kneeled beside me trying to shoot conditions like these hand held. I'm going to show you a few shots I've taken while traveling, as well as one I took in Pigeon Lake, Alberta, where I often live. Each of these shots has a story behind it, and they mean a lot to me having experienced them first hand. Hopefully they mean something to you as well, as they let you experience a microsecond of an incredible night.

Sidebar! Planning to modify the outdated design for my trusty branding. Views regarding the branding of https://5starfencesupply.ca? Undoubtedly an able cedar deck hardware supplier in Langley BC if, perhaps looking inside the general British Columbia areas. Make your feedback. With thanks!

This is an image from when I was scouting and planning for what would ultimately become the shot at the top of this post. While I also like this one, I didn't feel very strongly about it at the time. Although it is interesting, I don't think it is a "wow" image. I had been told before I should see the volcano at night, and after I took this shot I knew immediately I would have to hang around. After a couple hours of patient waiting in the cold, and believe me, Hawaii does get cold, it was finally dark enough to see the glow of the lava. Unfortunately it was also foggy, and I shot about a hundred images of glowing fog before it cleared. I then captured the image at the start of the post. If it wasn't for patience and persistence, I never would have seen, let alone captured, such an awe inspiring sight.

I came across these rocks while walking along Maui's coastline during the day. Although they look remote and desolate, there are actually houses just to my right that are worth many millions of dollars. Looking at the rocks, I instantly knew I wanted to create a certain mood; one that would not be achievable in daylight. It was too early in the day to wait for dusk, so I returned another night. I used a ND filter to further reduce how much light was entering my camera and get an even longer exposure. The wind was close to hurricane strength and it was blowing rain and dirt heavily, but I had visualized a much more peaceful scene in my head. Thus, the long exposure. The disadvantage to shooting in changing lighting conditions is you don't have much time once you find that magic moment. Right after I took this shot the sky opened up and it rained about the hardest I've ever seen, drenching both me and all of my camera gear. I'm not finished with this shot yet, I haven't made a print yet and I will probably edit it more before I do.

This is an image I took on a different trip to Hawaii on the island of Oahu. The image is all about the contrast between the classic hotels of Waikiki and the modern hotel towers that have overtaken them. I've always loved doing urban shots like this at night, and this particular shot has made it into a print book and a few printed portfolios of mine. I also am putting a printed copy up on a wall in my new house. At this point in the night the lighting conditions weren't changing too much as the sun had long set. The thing that makes this shot possible is all of the light pollution from Honolulu. That light illuminates the clouds and separates the buildings from the night sky. Often at this time of night you will have trouble separating the tops of buildings from the night, especially in sparsely populated (and illuminated) locations like Hawaii's Big Island.

Lastly, I love photographing the stars over the water at night, and this particular night there was a huge thunderstorm. I waited for the storm to cross the lake, and then went out on the dock to photograph the lightening. Although I did get several shots of it, I also caught this shooting star by chance. As much as I like lightening photos, you do not get a shot like this everyday. Though this shot was the result of luck, not pre-visualization, it shows how important patience is. If I'd stopped taking photos and gone in I never would have taken that photo.